We are pleased to welcome to McLarty’s trade practice Ambassador Rufus Yerxa, a leading figure in international trade policy for over four decades.

We are delighted to announce that McLarty’s robust trade practice is being enhanced with the addition today of Amb. Rufus Yerxa, a leading figure in international trade policy for over four decades. He will be joining our long-time trade practice lead Kellie Meiman Hock and Senior Advisor Wendy Cutler in advising the world’s leading companies how to best navigate today’s dynamic trade environment. Ambassador Yerxa will also join our McLarty Inbound team, led by Amb. Richard Burt, to help foreign companies navigate trade-related matters in Washington. 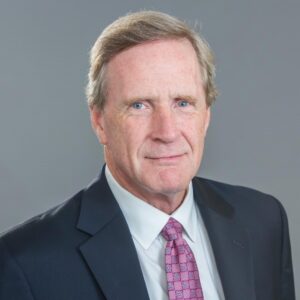 Amb. Rufus Yerxa, Senior Advisor, served as Deputy US Trade Representative under both Democratic and Republican Administrations and spent more than a decade as Deputy Director General of the WTO, based in Geneva. He has also served in the private sector as a trade lawyer in Brussels and as head of a leading business association in Washington, consistently advocating for trade policy positions to both enhance the competitiveness of US companies and to support a rules-based global trade order. His areas of expertise include the functioning of the WTO system, North American trade and other international agreements, bilateral and regional economic relations, international investment matters and US trade law, as well as a wide range of transatlantic trade matters, from digital to environmental.

Ambassador Yerxa began his government career as a lawyer with the US International Trade Commission before joining the staff of the Committee on Ways and Means of the US House of Representatives, where he served as Staff Director of its Subcommittee on Trade.

McLarty Associates has been advising clients on global trade issues for over twenty years, and our team brings decades of experience negotiating and navigating trade agreements and key trade relationships around the world.

We look forward to re-introducing our expanded trade practice and our enhanced capabilities through Ankura in 2022. 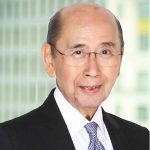