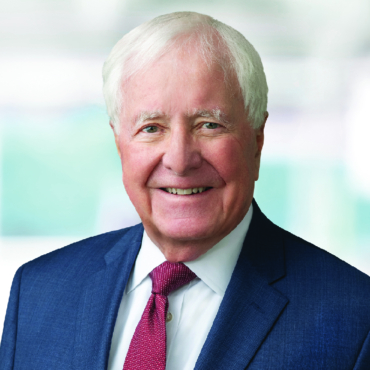 John Mullen, Senior Advisor, advises clients on trade and investment in the Asia-Pacific region, with a particular focus on Australia and New Zealand.

Mr. Mullen brings to McLarty Associates expertise from a global career in law, business, and government. He also is an Adjunct Professor at Georgetown University, teaching a course in the School of Foreign Service on Asia-Pacific trade and integration, a course that originated in the Center for Australia, New Zealand and Pacific Studies.  As President and CEO of the US-New Zealand Council from 2004 through 2011, Mr. Mullen instituted the US-New Zealand Partnership Forum and led the Council’s efforts in support of the establishment of the Friends of New Zealand Congressional Caucus and for US entry into the Trans-Pacific Partnership trade negotiations. Mr. Mullen was inducted into the New Zealand Order of Merit as Officer (ONZM) in 2010 by New Zealand Prime Minister John Key.

Previously, Mr. Mullen served at high levels of the US Agency for International Development including Deputy General Counsel, Acting General Counsel, Deputy Assistant Administrator for Democracy and Governance, and Assistant Administrator for Private Enterprise. In 1992-93, he served as Special Assistant to Secretary of State Eagleburger for the reform and restructuring of US aid, trade, and investment programs for developing countries. Mr. Mullen achieved the highest rank of the Senior Executive Service and highest government honors, the Presidential Rank Distinguished Service Award, presented by President George H. W. Bush and a Presidential Rank Meritorious Award during the Reagan Administration.

Mr. Mullen is the former President and CEO of a $50 million non¬-profit venture capital fund for Romania and has practiced law in and out of government. He was Counselor to the founder and the board of the American Council on Renewable Energy (ACORE) and is on the Board of the CEELI (Central European & Eurasian Law Initiative) Institute, Prague. 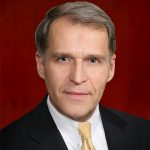