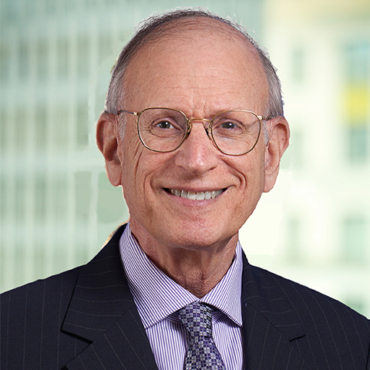 Stuart E. Eizenstat serves on McLarty Associates’ Board of Counselors.

Ambassador Eizenstat heads Covington’s international practice. His work focuses on resolving international trade problems and business disputes with the US and foreign governments, and international business transactions and regulations on behalf of US companies and others around the world.

During a decade and a half of public service in three US administrations, Ambassador Eizenstat has held a number of key senior positions, including Chief White House Domestic Policy Advisor to President Jimmy Carter (1977-1981), US Ambassador to the European Union, Undersecretary of Commerce for International Trade, Undersecretary of State for Economic, Business and Agricultural Affairs, and Deputy Secretary of the Treasury in the Clinton Administration (1993-2001).