Helen Harris, Research Associate, supports our work in Brazil and with multilateral organizations.

Helen helps lead McLarty Associates’ engagements with multilateral institutions on behalf of our clients. Prior to joining McLarty Associates, Helen was a consultant at the Inter-American Development Bank’s Division for Connectivity, Markets and Finance, where she was responsible for supporting public-private partnership operations in Latin America. Previously, she was a consultant in the Governance Global Practice at the World Bank, where she co-wrote the report on the global impact of the Bank’s anti-corruption efforts. Helen also worked at the United Nations Research Institute for Social Development in Geneva, where she contributed to a flagship report on social protection and poverty reduction. From 2005-2007, she was an economics researcher at the Center for Social Policies in the Brazilian Institute of Economics at Fundação Getulio Vargas, in her hometown of Rio de Janeiro, Brazil.

She is fluent in Portuguese and English, and is proficient in Spanish and French. 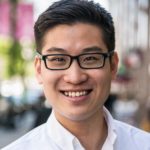 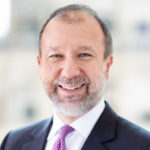