In a special edition of All Encompassing, host Safiya Ghori-Ahmad welcomes Ambassador Melanne Verveer and Alyse Nelson to the podcast for a discussion on global women’s issues in the era of COVID-19. Alyse, CEO of Vital Voices, outlines how to support women impacted by the surge in domestic violence while under quarantine lockdowns. In turn, Ambassador Verveer extolls the strong female leadership we’ve witnessed on the world stage during this crisis.

And finally, we’d like to thank Donna McLarty, wife of our MA Chairman Mack McLarty and Co-Founder and Chair Emeritus of Vital Voices, who played a key role in facilitating this episode. All three women have our unfettered gratitude. 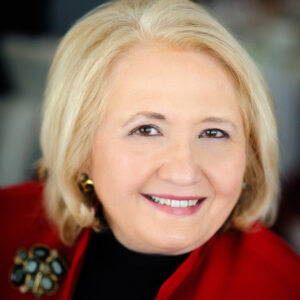 Ambassador Melanne Verveer is the Executive Director of the Georgetown Institute for Women, Peace and Security. She also serves as the Special Representative on Gender Issues for the OSCE Chairmanship.

Amb. Verveer previously served as the first U.S. Ambassador for Global Women’s Issues, a position to which she was nominated by President Obama in 2009. She coordinated foreign policy issues and activities relating to the political, economic and social advancement of women, traveling to nearly sixty countries. She worked to ensure that women’s participation and rights are fully integrated into U.S. foreign policy, and she played a leadership role in the Administration’s development of the U.S. National Action Plan on Women, Peace and Security. President Obama also appointed her to serve as the U.S. Representative to the UN Commission on the Status of Women.

From 2000-2008, she was the Chair and Co-CEO of Vital Voices Global Partnership, an international NGO that she co-founded to invest in emerging women leaders. During the Clinton administration, she served as Assistant to the President and Chief of Staff to the First Lady. She also led the effort to establish the President’s Interagency Council on Women, and was instrumental in the adoption of the Trafficking Victims Protection Act of 2000. She is the co-author of Fast Forward: How Women Can Achieve Power and Purpose (2015). 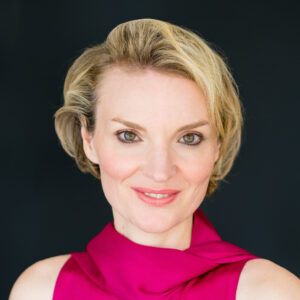 Alyse Nelson is president and CEO of Vital Voices Global Partnership. A cofounder of Vital Voices, Alyse has worked for the organization for more than 20 years, serving as vice president and senior director of programs before assuming her current role in 2009. Under her leadership, Vital Voices has expanded its reach to serve over 16,000 women leaders in 181 countries.

Previously, Alyse served as deputy director of the State Department’s Vital Voices Global Democracy Initiative and worked with the President’s Interagency Council on Women at the White House. Alyse is a Member in the Council on Foreign Relations, serves on the Secretary of State’s Advisory Committee on Strategic Dialogue with Civil Society and is a Board member of Running Start. Alyse is a part of the Expert Group for the B Team and is on the Advisory Board of Chime for Change. Fortune Magazine named Alyse one of the 55 Most Influential Women on Twitter. Alyse was honored with a Tribeca Disruptive Innovation Award.