FOX NEWS: Negroponte on the US & the United Nations 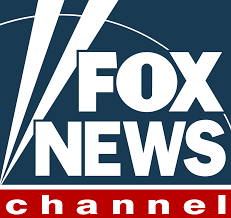 OPINION: The United Nations is still making the world stronger. It deserves our support

Tuesday marks the opening of the 74th annual session of the United Nations General Assembly. The founders did well to select New York City as the UN’s permanent headquarters to help ensure America’s commitment to the viability and success of the organization.

The Geneva-based League of Nations had in large part failed because of our failure to ratify the Treaty of Versailles ending World War I and refusal to join the League. Avoiding President Woodrow Wilson’s mistakes, Presidents Roosevelt and Truman ensured bipartisan support for the new institution.

Despite the continuity of U.N. sessions, the original consensus has frayed somewhat in recent years, and the United Nations is often underappreciated and sometimes disparaged, in large part because of frustration over our inability to do a better job of solving the world’s problems.

The first thing to remember about the UN is that it consists of member states. Collectively, our countries are responsible for the state of the world and it is only through effective joint action that we can deal with the problems that confront us. The UN is not some sort of disembodied entity. We are the United Nations.